We are in a Super Full Moon.  This Super Full Moon, Saturday August 29th  is the first of 3, we have one now, August and we will have one more in September, and then the last one in October.  A Super Full Moon means a full moon is making its closest approach to Earth and this weekend is it. This Super Moon is about focusing on intentions of being FREE and uninhibited.  You can allow the old to leave.

Stand out under this Super Moon even if it is for 5 minutes. Imagine a cord connecting you to the Moon.  Let the energy flow from you to Her beautiful fluid energy.  Let your -self trust your intuition, telepathy, and let the energy direct you to live your life on purpose going forward.  Life is getting adjusted back into integral alignment. Be sure to do this Sunday and Monday too!

What you will experience during this period is huge emotional releases. You and or those around you could be touchy, sensitive and emotions pretty raw.  It might be best to be alone, give yourself some extra private time/space for you to be emotionally free with your feelings. This is the weekend for releasing the past and anything holding you back.

The other influence (though subtle for now) is the beginning of the Shadow period, wait for it…    you got it, Mercury Retrograde!  This is last one of 2015.  This actually began Friday August 28.  The onset of the shadow period lasts until September 16//17.  Then the full 3 weeks of the actual Retrograde begins.

You can start the review again for all that you have been working on since the beginning of 2015 this has a greater chance of being realized during a Super Moon (as well as a full Moon).

Go over what you wrote down in March 2015 when you were focusing on career, self-love, setting intentions to release forgotten behaviors, did you kick off projects you were going to begin or get back to.  Anything you may have stated to yourself about past actions.  Now is the time to simply review the items and the work will begin in the Retrograde on September 16th.

As we reel in closer to September 16th I’ll send some reminders of physical manifestations. 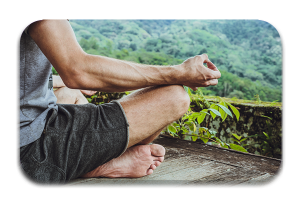